If you are Moving to Bloemfontein and you are looking for a localised & focused moving service then contact us now for a free furniture removal quote? 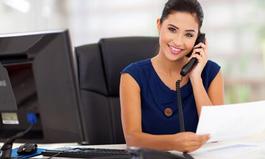 Moving Company Services to & from Bloemfontein

Removals from Cape Town to Bloemfontein

Removals from Johannesburg to Bloemfontein

Removals from Durban, Kwazulu-Natal to Bloemfontein

Removals from Nelspruit, Mpumulanga to Bloemfontein

Removals from Port Elizabeth to Bloemfontein

​Specialised National Shared Load Furniture Removals where you only pay for the space you use and for one way only. Our shared load moving service extends from Pretoria to all major cities in South Africa.

Reduced relocation costs with professional services which include Packing, Storage, and Protective Wrapping to ensure a safe and secure furniture removal.

Make your enquiry & get a quick quotation response,

Bloemfontein, the Capital City of the Free State Province in South Africa, is centrally situated in the Transgariep Area which is roughly in the middle of the Province, as well as in the country.

The "City of Roses", as it had become known locally, is placed with more pivotal importance than any other city in the country. It is the Judicial Capital, the sixth largest city in South Africa and lies on the main road, rail and air links between north and south, east and west.

Bloemfontein is part of the Mangaung Local Municipality - “place where the Cheetahs dwell”. This municipality was formed at the end of 2000 by amalgamating the Transitional Local Councils of Bloemfontein, Botshabelo, Thaba Nchu and two Rural Councils.

Bloemfontein is the economic hub of Mangaung and also the commercial capital of the Free State.
​

​Get Your Free Moving Quote Now! 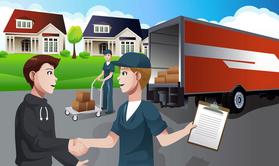 We offer a weekly furniture removal service from all major South African cities to Bloemfontein & The Free State. This includes a specialised Shared Load Removal Service for your Smaller home removal needs as well as a full wrap and pack service for your large household relocations to & from Bloemfontein and Free State.
This is to ensure that we can provide cost-effective and professional removal services locally as well as a consistent National Furniture Removal Service between Pretoria and all major South African cities which include Cape Town, Durban, Nelspruit, Port Elizabeth & All Garden Route towns.